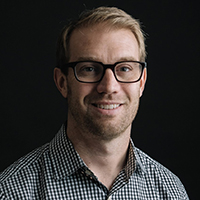 A proven serial entrepreneur, Eric Hutchinson is the Co-Founder of Resident, a high-growth startup that is disrupting the home goods category. As his third enterprise venture, Hutchinson has applied his acuity by launching a series of direct-to-consumer brands, including Nectar, DreamCloud and Wovenly. Hutchinson has been instrumental in driving the business, leading the company to nearly $250 million in gross sales in 2018. Under his leadership, Hutchinson oversees all aspects of the business with a focus on product development and innovation as well as advancing the ecommerce technology platform. As a data-centric leader, he is relentless in driving consumer acquisition by increasing productivity through performance-based marketing efforts. As Resident expands to own and operate additional brands, Hutchinson is set to design products that are competitively superior with better overall value and quality. Hutchinson’s no holds barred approach to business is how he has attacked every role in his career. Prior to starting Resident, Hutchinson co-founded the highly successful home hair care company Madison Reed. Under his leadership, he propelled it to become the top-selling online women’s hair color brand in under three years. Prior to that, Hutchinson co-founded Home Value Protection, a revolutionary insurance product that protects the value of people’s homes against declines in the housing market. He also worked in strategic roles at companies such as Washington Mutual Card Services and Providian Financial. Outside of work, when he is not chasing his entrepreneurial ventures, Hutchinson can be found mentoring and advising early-stage startups. A Tennessee native, Hutchinson currently lives in San Francisco and holds an MBA from Australia Graduate School of Management and a Bachelor of Science from the University of Colorado.

How to Balance Direct-to-Consumer and Amazon | Amazon and Me