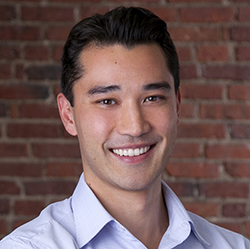 Alasdair McLean-Foreman is the CEO of Teikametrics, the leading SaaS Retail Optimization Platform (ROP) that helps retailers, brands and agencies grow revenue and increase profitability on Amazon. The company recently raised a $10 million series-A round of funding, led by Granite Point Capital, Jump Capital and FJ Labs. Head backwards fifteen years though, and Alasdair was one of the first third-party sellers on the Amazon platform in 2003. He created his first company selling sporting goods out of a Harvard dorm room and felt acutely the challenges sellers face as they strive to grow revenue and become profitable. “You want to put the right controls in place. If you don't, it's like driving a sports car down a very windy road with no lights on. It's going faster and faster and faster, and it feels good to a point but you're flying blind.” So with rapid growth there's a need, a responsibility to have the right controls in place. It's easy to get fixated on top-line revenue growth without truly understanding the profitability of the business. It was this lesson of profitability that sparked the creation of Teikametrics fifteen years, and over $100 million in ecommerce sales later. While Amazon's mission is to be the world’s most customer-centric company, it’s Teikametric’s mission to be the most seller-centric company. Now, with a team of almost 80 employees today and the backing of world-renowned economist, Professor Jerry Hausman, Alasdair has empowered an entire workforce to help Amazon sellers become profitable. Alasdair earned a Bachelor of Arts in Economics at Harvard University where he was captain of the Track and Field Team and a member of the Great Britain and England national track teams.

Amazon Advertising-The What, Why and How | Amazon and Me